How to identify synthetic opal 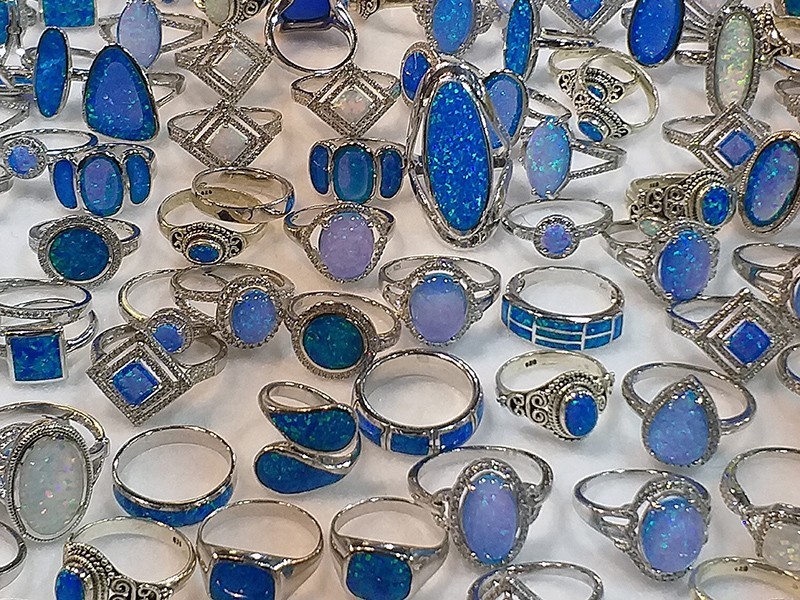 Increasingly, jewelry with the so-called 'synthetic opal', produced with resins that imitate the precious opal, sometimes sold without specifying that it is non-opal, are on sale in jewelers, online or in shops, often misleading inexperienced buyers.

How to recognize a fake opal from an authentic opal?

The first and most obvious difference between the authentic and the fake opal is the price. Natural opal extracted and worked from the raw material obviously has a significantly higher cost than processing carried out with resins in the laboratory, due both to the difficulty in finding it and the rarity of the quality mineral. On the market there are synthetic products that imitate the black opal and the Australian white opal and are proposed as low or poor quality costume jewelry, in which the only attraction is the affordable price.

A second feature that immediately catches the eye in imitations of opal is the repetition of colors and similar designs in each piece. A closer look highlights some typical aspects such as the 'lizard skin' or 'snake skin' effect and the stacked tubular texture.

A natural opal has a great peculiarity: each gem is unique both in terms of colors and patterns and the presence of imperfections, such as grains of sand, intrusions and fractures are an indication of the naturalness of the gem.

The third characteristic involves our sense and precisely the touch. A fake opal to the touch conveys a different sensation than the authentic opal in relation to the perceived temperature, in a nutshell it is perceived that it is not a natural stone, but it seems to touch plastic.

Slocum opal, opalite, synthetic opal, Gilson opal, Inamori opal are all imitations of natural opal created by man to reproduce the most fascinating natural gem, unique and inimitable, the Opal.

OpaleMio does not sell imitations of opal or fake opal.